PPPL’s Plasma Science and Technology (PS&T) Department conducts ground-breaking research into a broad range of the uses and behavior of plasma, the fourth state of matter that makes up 99 percent of the visible universe, for applications that benefit humanity. 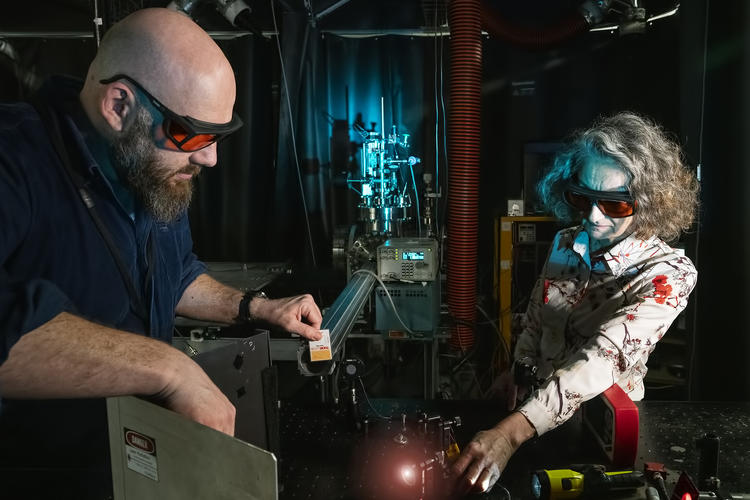 Our three-year upgrade of this experiment improves the ability of the light silvery metal lithium to boost the performance of the superhot plasma that fuels fusion reactions. The upgrade of LTX-β, a smaller version of the widely used doughnut-shaped magnetic tokamak facilities that house fusion reactions, has installed a powerful neutral beam injector to heat and fuel the plasma, almost doubled the strength of the magnetic field, and has added a twin evaporation system to fully coat all the plasma-facing surfaces with lithium. Demonstration of the ability of LTX-β to improve the confinement of fusion-relevant plasmas could lead to more compact and cost-effective tokamaks.

When the magnetic field lines on the sun snap apart and violently reconnect, they can release enormous amounts of energy that trigger geomagnetic storms. Those storms can disrupt cell phone service, damage satellites and blackout power grids. But how this process, known as magnetic reconnection, transforms magnetic energy into explosive particle energy remains a major unsolved problem in plasma astrophysics that PPPL scientists are addressing.

A better understanding of geomagnetic storms could lead to advanced warning of the disturbances and an improved ability to cope with them. Researchers could shut down sensitive instruments on communications satellites, for example, to protect the instruments from harm.

This research is part of the work being conducted in the PS&T Department using sophisticated devices known as the Magnetic Reconnection Experiment (MRX) and the Facility for Laboratory Reconnection Experiment (FLARE), which the Laboratory is installing. PS&T scientists also collaborate with the National Aeronautics and Space Administration (NASA) on missions such as the Magnetospheric Multiscale Mission (MMS), which studies reconnection using instruments on four spacecraft flying in formation.

Plasma thrusters are not just found in science fiction. PPPL scientists use the Laboratory’s Hall Thruster Experiment (HTX) to understand how to create systems that expel plasma as a propellant for spacecraft.

PPPL scientists have also researched the creation of miniature Hall thrusters. These small devices could raise and lower the orbits of small satellites known as CubeSats that circle the Earth, a capability not broadly available to small spacecraft today, and would hold the potential for exploration of deep space. Fleets of CubeSats could also capture in fine detail the reconnection process in the magnetosphere, the magnetic field that surrounds the Earth. 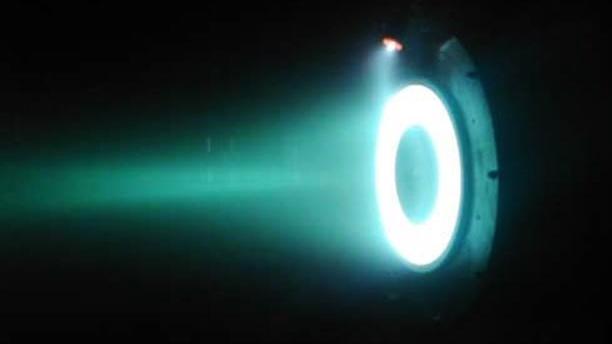 The Hall thruster experiment in operation at PPPL