About Plasmas and Fusion

Plasma is a state of matter along with solids, liquids and gases. When a neutral gas is heated such that some of the electrons are freed from the atoms or molecules, it changes state and becomes a plasma. It consists of a partially-ionized gas, containing ions, electrons, and neutral atoms. 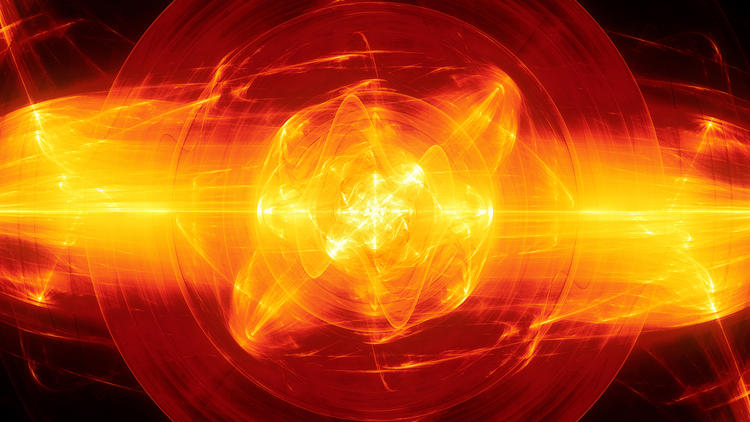 So what does that mean?

The free negative electrons and positive ions in a plasma allow electric current to flow through it. In a plasma, some electrons are freed from their atoms, allowing current and electricity to flow and can react to, both, electric and magnetic fields. This is a very useful characteristic as you’ll see later... In fact, one of the few naturally occurring plasmas found here on Earth is lightning!

What are some examples of plasmas?

Fusion, the power that drives the sun and stars, combines light elements in the form of plasma — the hot, charged state of matter composed of free electrons and atomic nuclei — that generates massive amounts of energy. Scientists are seeking to replicate fusion on Earth for a virtually inexhaustible supply of power to generate electricity.

Fusion occurs when the nuclei of light atoms like hydrogen (one proton and one neutron) fuse together and create a new nucleus, releasing energy.

The sun’s core is a natural fusion reactor. Before the sun formed, it was a cloud of gas mostly made up of hydrogen and some helium. At some point, the cloud became so massive that gravity caused it to collapse in on itself. At that point, numerous collisions in the sun’s core freed electrons from atoms, creating plasma and leaving behind nuclei called ions. When contact between ions became so frequent that they got close enough to fuse, the ball of gas ignited and became a star.

On Earth, researchers are trying to build fusion reactors of their own. They seek to maximize the number of ions in a small region and the amount of time that they stay close together. To do that, fusion reactors heat plasmas to temperatures much hotter than the core of the sun — over 100 million degrees Celsius. Strong magnetic fields or high-powered lasers then confine the plasma into small controllable regions where fusion can happen.

PPPL and many labs, universities and private companies around the world are studying the process of creating and optimizing these fusion reactors and developing the technology to convert the fusion energy into usable electricity. Doughnut-shaped facilities known as tokamaks,  such as PPPL’s National Spherical Torus Experiment-Upgrade (NSTX-U), pump most of the extracted energy into fast neutrons. Energy from these neutrons can be collected in a blanket consisting of a molten mixture of lithium and lead that surrounds the plasma. Excess heat in this blanket can then be used to make steam to drive turbines and generate electricity.

What Is Fusion? Fusion Energy Explained